Melrose is approximately 222 miles from Alfred's home at Southwell, and this is the furthest distance from there that we have acquired photographic evidence from his travels.

Going by the numbers on the photographs there should be some more out there, at least 1515 through to 1519. 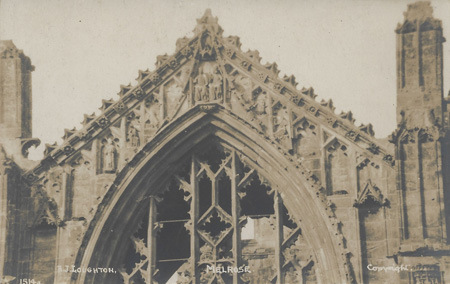 Melrose Abbey medieval ruins of a Cistercian monastery founded in 1136 and the burial place of Robert the Bruce's heart.

A buttress on the south side of the Abbey, Melrose (1520) 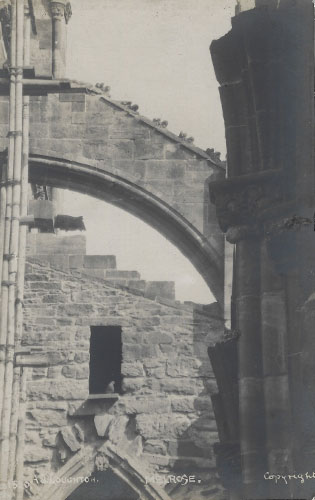 A pigeon soaks up the sun. The thing that caught my attention was on the address and message side of the card, it has a King Edward VIII stamp on it and was posted in Edinburgh 4 August 1937 eight month's after his abdication. Another interesting point is that it's reporting on the train journey to Edinburgh "arrived at Waverly 9.25p.m. approximately instead of 8.45p.m. ... had to stand until we reached Newcastle as train was crowded". I think that message could still be sent today! 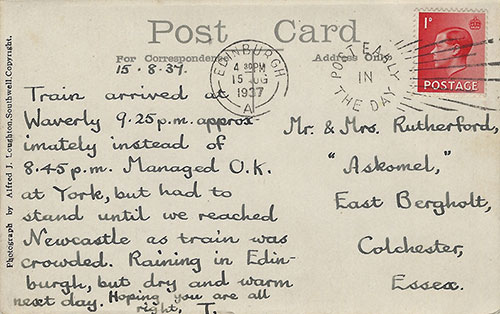