During the Industrial Revolution Nottingham obtained worldwide recognition for its lace-making and bicycle industries and is famed for its links with the Robin Hood legend. 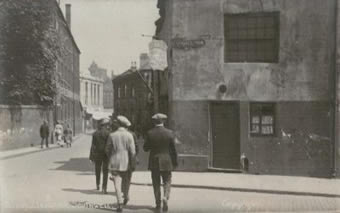 Spaniel Row, kindly identified as being in Nottingham by the late Paul Nix of the Nottingham Hidden History Team.

The Ye Olde Trip To Jerusalem 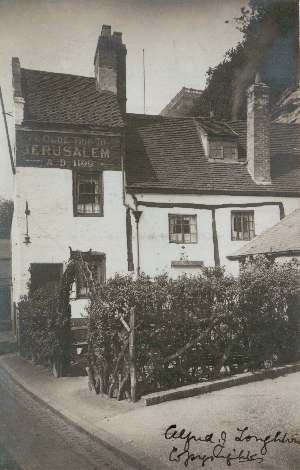 One of England's oldest public houses and is partially built into the cave system beneath Nottingham Castle. It is reputedly where the Crusaders used to assemble before heading off to the East. Part of Nottingham castle can be seen peering over its roof.