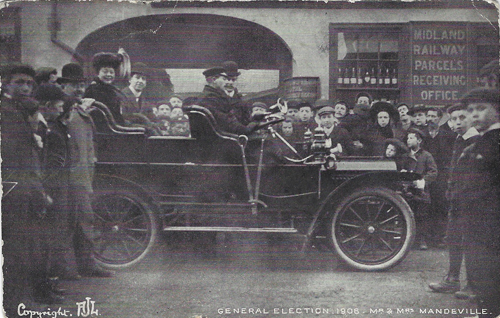 I'm not sure where this is taken, the arch looks like it could be the front of the Saracens Head and the drain pipe also matches that supposition. The car I believe is a French Lorraine-Dietrich. 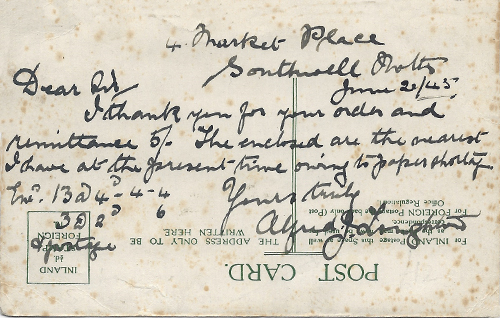 This is the reverse of the above card and is dated June 20th 1945. Presumably Alfred just used it as and it was a convient to do so and no longer had any commercial value. It must have been sitting around in his care for 39 years!