Hill House, Burgage Lane, Southwell appears to have been built in 1800 (dated 1800 on rainwater head) for the Rev. John Thomas Becher, an English clergyman, social reformer and Vicar-General of Southwell Minster from 1818 to 1840. It remained in the Becher family for over 100 years, before becoming a boarding house for the Minster Grammar school. It has now been converted into exclusive apartments.

Hill House from the garden 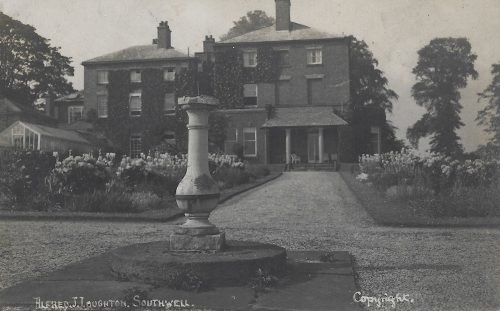 A view of Hill House and its gardens.

The Becher family outside Hill House 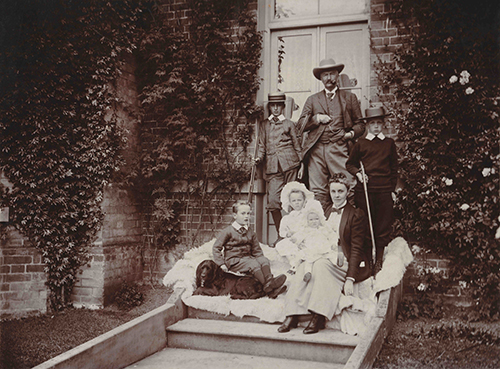 Major John Pickard Becher, born in Southwell on 20 July 1880, was the son of John Henry Becher of Hill House, Southwell and Alice Mary, and great-grandson of Reverend John Thomas Becher, who was best known for his involvement in the Poor Law reforms of the early nineteenth century.

He was the Commanding Officer of ‘H’ Company, 8th Battalion Sherwood Foresters, based in Southwell and was awarded the DSO for conspicuous gallantry and good service on several occasions. He died 1 January 2016 at No. 3 Red Cross Hospital (Abbeville Hospital) from septic poisoning arrising from wounds received in the attack on the Hohenzollern Redoubt 16 October 2015.