Alfred's favourite subject must have been Southwell Minster. In any collection I have seen, the minster always predominates. This page features internal shots of the minster. 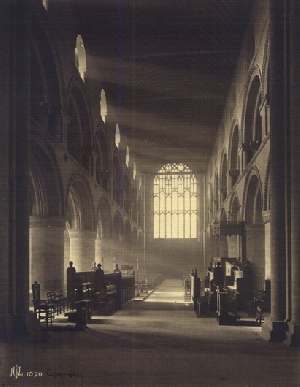 A cathedral light effect in the Mister's nave. The sun's rays were highlighted by members of Alfred's family banging the hassocks to disturb the dust. There are several versions of this image and it has always been referred to as 'Shafts of Sunlight'. 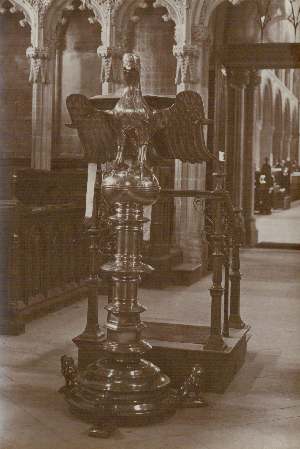 The eagle lectern once belonged to Newstead Abbey, but during the Dissolution the monks hid their title deeds in the globe on which the eagle stands and the threw the bird and stand into the Abbey's fishpond.
Several years later the fourth Lord Byron had the pond dredged and the lectern was recovered. When his son's effects were sold in 1798 the lectern fell into the hands of a Nottingham watchmaker, who then sold it to Sir R. Kaye, the lectern was subsequently presented by Archdeacon Kaye to the Minster.
The deeds were discovered in the globe by a brazier to whom the lectern had been sent for repairs. 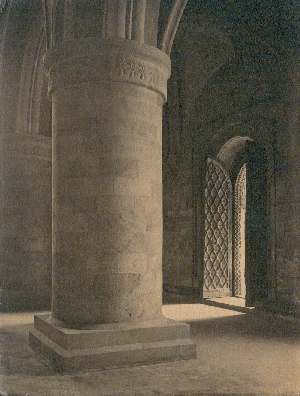 Alfred would return may time to take this shot and to capture the best lighting conditions. This shot, but not this print, won several awards for Alfred. This example is not taken from one of the best prints of this image. 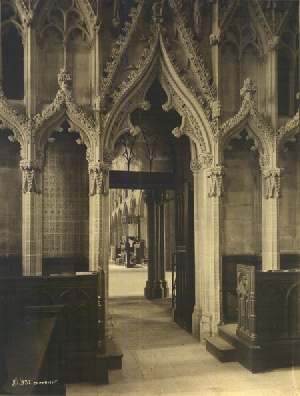 The Quire Screen which dates from 1350. Looking from the Quire towards the nave. 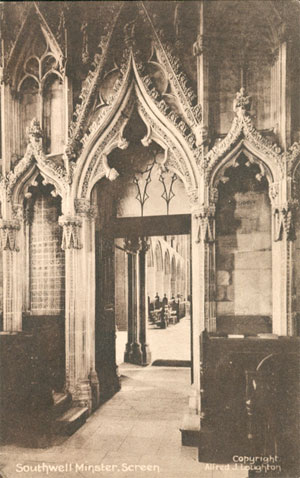 The Quire Screen. Again looking from the Quire towards the nave, but from a slightly different angle to the one above. 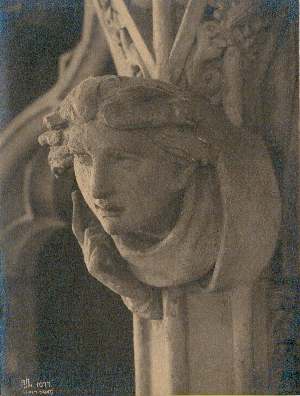 This Listening or Beckoning Angel. 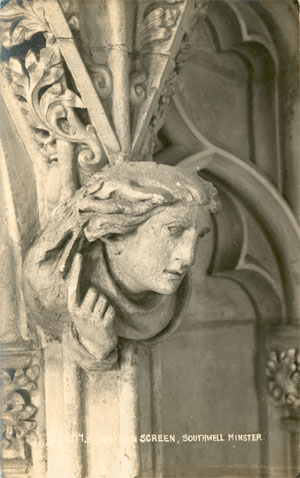 The Listening or Beckoning Angel from a different angle. 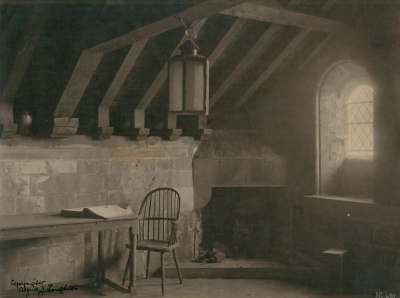 The Parvise (porch chamber) is situated above the North Porch.
There is a tradition amongst the Clay family that one of their members had been born in the Parvise during the Civil War. To read more about this fascinating story follow the Pictorial Southwell link in the Related links box. 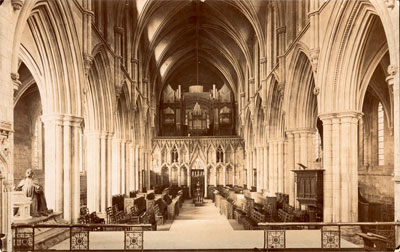 The Quire from the alter looking towards the screen.
Unusually, for my collection anyway, is that this is from a glossy postcard. Although the image is unsigned the postcard states that it is published by Alfred J Loughton. 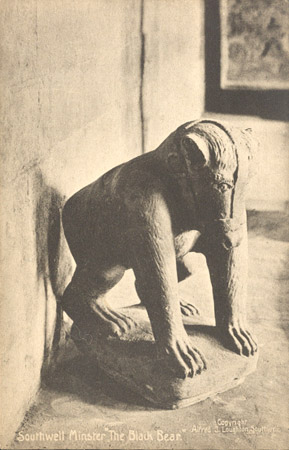 A postcard featuring "The Black Bear". Recently I've found a Howard Barrett photograph that labels this as a carved Baboon in the South Transept taken from a series of photographs 'Patronised by His Majesty King Edward Seventh' making that particular image pre 1910. 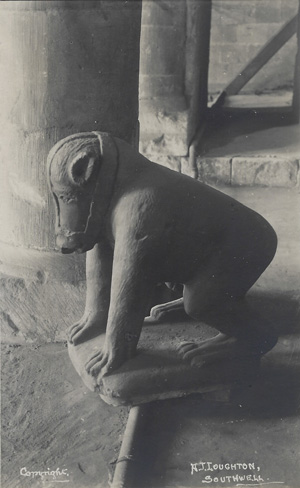 A second shot of the Black Bear or Baboon or maybe it's a different one to the one above as I've now discovered that there are two, one on each gable end of both transepts, unfortunately they have both suffered from a lot of pollution erosion in those exposed positions. 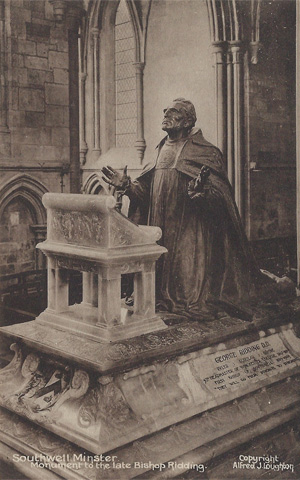 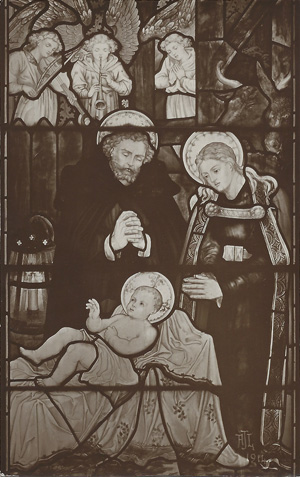 A nativity scene and three angles.