There were several schools in Southwell. The National School was situated on Nottingham Road. 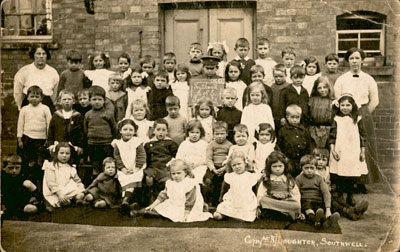 The sign reads Oct 6th 15, Southwell C of E Infants.
It is believed that the first girl on the left, in the back row, is Annie Mary (Queenie) Loughton. 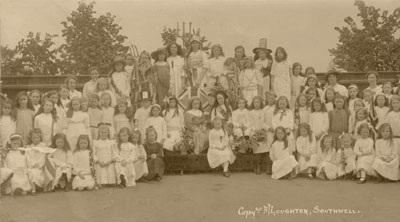 The children of the National School celebrate Empire Day 24th May 1917. It looks like the pupils where possed in front of the park gates by Bishop's Drive. 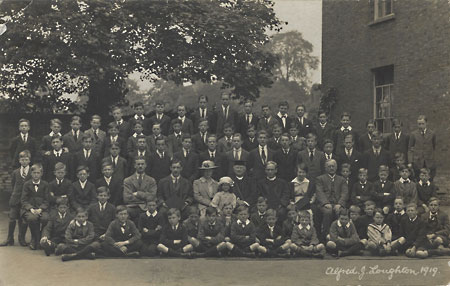 Pupils of all ages and the teachers of the Southwell Grammar school pose for their annual school photograph in 1919.

The school was founded in 956 and is one of the oldest schools in England.

The school was located in the Minster Chambers until 1964 when it moved to a new site further down Church Street. in 1976 it amalgamated with the Edward Cludd school, later selling the Church Street site and is now located on Nottingham Road and simply known as the Minster School. 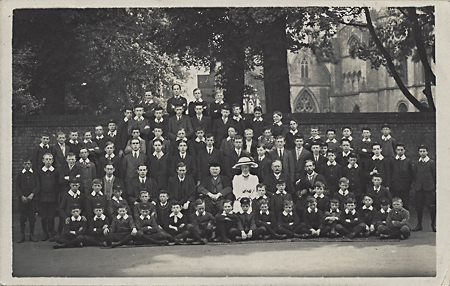 An undated group shot of the staff and pupils of the Minster Grammar School.